EXPERIENCE
15+ years experience in managing steel operations
More information
Prior to founding Steel Hub, for more than ten years Emilio was on the Executive Board of one of Europe’s major steel producers. He held a leadership position and led the internal and external consulting teams tasked with the Group’s major investment programs for ramping up production and the revamping of several steel production units. He also coordinated technical collaboration projects with Nippon Steel Corporation and POSCO South Korea. Furthermore, Emilio advised the shareholders of Essar Steel on reducing cost and increasing profitability.
In summary, Emilio deeply understands both the internal steel plant’s perspective as well as the external advisor’s approach. Now, he leverages his experience for Steel Hub, which provides technical efficiency consulting services to steel manufacturers around the world. Emilio is dedicated to gathering the most capable talents in the steel industry to achieve breakthrough results for his clients 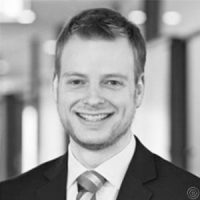 More information
For five years, Jörg served McKinsey & Company as a top management consultant. As a project manager and growth analyst, he advised clients in chemicals, oil & gas and steel industry in Europe, Asia and the US on challenges in corporate finance and strategy.
His project track record includes (selection) developing a growth strategy for two European steel manufacturers to identify the most promising geographies, industries, products for growth; crafting a growth strategy for a European medium-sized industrial goods manufacturer supplying to customers in the mining and oil and gas industry; developing the business unit strategy of a European specialty chemicals company, with a focus on industrial minerals and emerging markets; conducting synergy valuation and preparing value capture in the US and in Europe as part of a transatlantic merger in chemical industry, and analyzing (plastics) waste treatment technologies on their potentials to reduce plastics waste flows into the oceans in China and the Philippines.

EXPERIENCE
40+ years of experience in cold rolling
More information
Our expert is a cold rolling senior specialist. His expertise covers pickling line, tandem mill, reversible mill (one and two stands), batch annealing, temper mill and roll shop.
Our expert started his career in 1978 as a cold rolling mill operator. During the following ~20 years, he expanded his cold rolling mill expertise in various roles as a cold rolling shift leader and Head of Cold Rolling Department. He revamped the tandem mill from discontinuous four stands to pickling coupled rolling mill. In his latest role as the company’s Cold Rolling Production Manager, he was responsible for the pickling coupled rolling mill, acid regeneration, water treatment, the roll shop and warehouse black coil. For the following 15 years, our expert served as a cold rolling technologist. As a production and maintenance manager of the cold rolling area, he took care of the continuous tandem rolling mill, sixth reversible mill, two stands reversible mill, roll shop, batch annealing and the skin pass mill. Furthermore, he introduced a number of quality improvements to the production process, and gave cold rolling training courses.
In between, our expert served Danieli and revamped pickling lines at two of its plants. More recently, he has been serving as a Cold Rolling Technical Consultant. For instance, he served plants in Turkey, Russia, Austria on various projects, reaching from launching a temper mill over increasing the productivity of a reversible mill and batch annealing to revamping a roll coolant. He also is the Production and Maintenance Manager Cold Rolling Area of a plant in Italy, where he is responsible for assembly and commissioning of the continuous tandem mill, batch annealing and the temper mill.

Our expert has published two books on cold rolling and is experienced in staff training activities.

EXPERIENCE
15+ years of experience in managing energy efficiency programs
More information
Our expert focuses on implementing systems that generate sustainable energy efficiency in the steel industry. He also has hands-on experience in the implementation of quality improvement and defects reduction systems in steel plants.  Our expert has expertise in handling and interpreting sensitive and complex data. He is able to set appropriate energy efficiency targets fed by benchmarks. He helps monitoring of energy usage on a continuous basis to ensure that gains in energy efficiency and cost reductions are sustainable. He also designs new plants. When managing systems to improve operating and maintenance practices, he is working with teams including both fellow employees as well as subcontractors.
Our expert showed an especially impressive steel project track record during his period of employment with ILVA. Spells at Turboden and 4 Champions added knowledge to his understanding of energy efficiency in a wider industrial setting. Our expert’s training also included systems and auditing under the ISO 50001 regime, and propulsion in an aerospace context.

Our expert holds a Master’s degree in aerospace engineering from Polytechnic University of Milan.

EXPERIENCE
30+ years in EAF operations and continuous casting
More information
During his 30+ years of industry experience, our expert has gained his hands-on expertise from working inside major steel plants in production, maintenance and technical supervision. He has also advised on large-scale investment decisions. Our expert assesses problems quickly, creates realistic and effective solutions in a short time frame, and delivers results to the clients’ satisfaction.

Our expert has considerable experience in managing large teams with 400+ people. This has honed his ability to organize efficient team structures, delegate effectively, and to get the very best from each group and individual. Our expert has worked in many countries around the globe, so that he understands the importance of blending in with local cultures to achieve best results when working in steel plants with teams composed of employees with different nationalities.

EXPERIENCE
25+ years in cost reduction
More information
Our expert was a Managing Consultant at Hatch Associates. Much of our expert’s focus was on technical improvement and feasibility assessment of new technology, in the context of plant efficiency improvement, cost reduction and profitability.
Our expert was among the pioneers of steel cost research, and designed and built CRU’s first interactive steel cost model that allowed for cost and technical comparisons between conventional and cutting-edge iron and steel plant technologies. He went on to lead a number of global programmes in plant technical research for populating the cost models.

Our expert developed his earlier career as a steel markets analyst, researching a wide range of market sectors for publication, from steelmaking over raw materials to steel product and end user markets.

EXPERIENCE
20+ years experience in artificial intelligence / machine learning works applied to steel industry
More information
Our expert is currently responsible for a multi-disciplinary centre that is deeply involved in research activities and cooperation with the process and manufacturing industries. He is both the Technical Research Manager and a senior researcher at the associated research institute.
Our expert has more than 20 years of steel sector research experience. He has been involved in 50 projects funded by the EU, in four of which he served as the project coordinator, as well as in manifold projects funded by steel companies. He has co-authored more than 300 papers on steel artificial intelligence applications published in international journals and conferences bulletins.

Our expert’s expertise covers simulation, modelling, control and optimization technologies for industrial applications as well as data pre-processing and data analytics and mining through traditional and artificial intelligence-based techniques. Our expert holds a Masters Degree in Engineering and a PhD in Robotics.

EXPERIENCE
16+ years experience in artificial intelligence / machine learning applications in steel industry
More information
Our expert is a research fellow and is deeply involved in research activities and cooperation with the process and manufacturing industries. He has 16 years experience of steel and manufacturing sector research. He has experience in the field of application of artificial intelligence techniques for industrial data processing, data mining and intelligent systems for industrial automation. His expertise includes mathematical modelling of complex systems, artificial neural networks and optimization methods. Our expert supported about 30 projects funded by the EU as well as several projects directly funded by steel companies. He co-authored more than 100 papers on steel artificial intelligence applications published in international Journals and conference bulletins.

Our expert holds a Masters Degree in Computer Science and a PhD in Industrial and Information Engineering.

Our expert is a galvanizing senior expert and probably belongs to the circle of the most senior galvanizing experts available in the world. He is a process and operations manager for galvanizing and pickling lines in the flat products division.

He started working on hot deep galvanizing already in 1980. Due to his talent, his employer selected him for a high-profile professional education program and sent him to world-leading steel manufacturer Nippon Steel Corporation (Japan), where he was introduced to Nippon Steel’s best practices on production of galvanized sheets for the automotive industry. Five years later, he was sent back to his company headquarter as a galvanizing lead technologist to supervise the construction of the new hot deep galvanizing line in close collaboration with Japanese technicians from Nippon Steel. Our expert spent several periods in a Nippon Steel plant in Japan to acquire various skill on the production and management systems for galvanized steel production for the automotive industry.

In 1994, our expert was appointed as production manager of his company’s hot deep galvanising line and developed new steels for the automotive industry. In 1996, he became production director with responsibility for quality assurance of all automotive products (both hot deep galvanizing and cold rolling).

In June 1998, our expert changed company and commissioned a new hot deep galvanising line. In 2001, he became general manager responsible for the hot deep galvanizing line and the pickling line.

In 2017, our expert served as a quality consultant for a year for a Chinese galvanizing line which needed to produce automotive exposed panels for the European market.